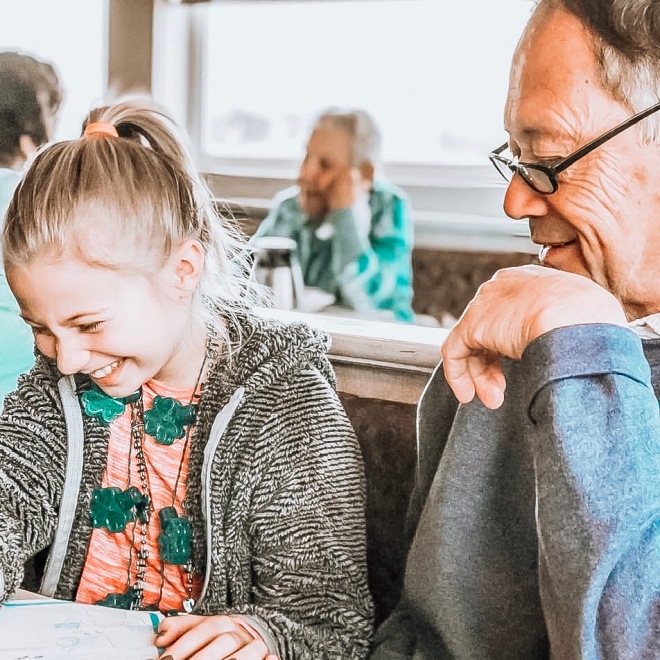 I don’t think I have ever heard sweeter words than these from my dad earlier this week. Because honestly, I do not know what I would have done if faced with the alternative.

My dad was philosophical about it. He’s an engineer. Information is power. If there’s a knock in the engine you take it apart, find the source of the knock, and then find a workable solution. I was not. The only thing I could think was “not again. I can’t do this again” and mentally I was transported back 17 years ago to those weeks we spent wearing grooves in the linoleum of the medical center together, matching each other stride for stride as we paced the floor. And it made me think, especially as I’ve watched the news coverage of 41 all week – do we ever really get over the loss of a parent? Does time truly heal all wounds, or are some losses too big to ever fully recover from?

There is not a day that goes by that I don’t think of her — remember something that makes me smile, see something in my girls and wonder if the same thing in me drove her just as insane. Look at my friends and their adult relationships with their mothers and feel happy and jealous and heartbroken all at the same time. It’s been seventeen years, and I think, for the most part, I’m over it – whatever that truly encompasses. I’m not numb. I don’t cry. I’m happy way more than I’m sad. But to be in that moment last week where my dad’s mortality was called into question? Forget it. The wound is reopened, fresh as the day I tore out of the ICU like my hair was on fire and ran, gulping mouthfuls of crisp February air because I knew – I KNEW in the way only a daughter could know – that this was not going to turn out the way we wanted it to.

Maybe it doesn’t heal as neatly as we like to think it does – the gaping wound caused by losing a parent or a sibling or a child or a precious loved one too soon. Maybe we just think it does, when in reality it’s a jagged scar with irregular margins, where with just the right amount of pressure the stitches pop and it reopens, as red and angry as the day it happened. Maybe it’s a precarious balance lived one day at a time that forces all other relationships into stark relief. Maybe it’s meant to be that way – a parting gift to remind us to treasure what is left behind. A scar with a story. A weakness that can become a strength. Maybe…. I don’t know. But the one thing I do know is that I am immeasurably grateful that it’s not the story this time.

“The scans were clear Lizzie. They found a brain, and by all accounts it’s still working.”

They found a brain, he found his wicked sense of humor, and I found my breath again.
.
.
**Note: My Dad is fine. Just fine. And 71. And wickedly funny, and still healthy as a horse, if perhaps a little bit slower off the starting blocks. So don’t worry, and please don’t email or call him all worried. That would make me the world’s least popular daughter and Christmas is coming up – I want my obligatory Clarke socks. This week just made me think, and we all know that I do my best thinking over the keyboard.